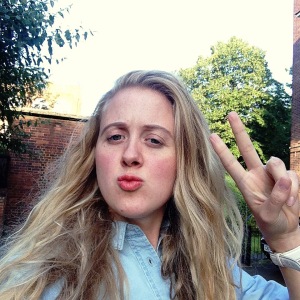 Mr Pickett, a rather girly young man with a penchant for flowers, has fallen desperately in love with new arrival to Bath Clarissa Fences. She is desperately allergic to flowers, but nevertheless after a disastrous first meeting they reconvene at a bridge of flowers, only for her to be kidnapped by the notorious White brothers, one of whom she recently and scandalously married at a ceremony of dubious validity. Her Welsh, arsonist’s widow aunt Carmine, Mr Pickett and his sister Caroline all team together to find her, happily unharmed, but the White brothers who own all the newspapers have him thrown into jail. Happily our strange trio band together again, bust him out and then Mr Pickett and Mr White have a noble thumb war to the death, and the lovebirds are finally united.

I went out without my baby. I went to the THEATRE without my baby. Before the incredible theatre experience that was HARRY POTTER AND THE CURSED CHILD which I’ll post about soon, I went out with my university friends to see an improvised Jane Austen play. And I’ll be honest, I had doubts. I’ve seen comedy adaptations of classical works before that have left me frustrated and disapproving. And really any adaptations are a risky game in my book. But Austentatious (company and show name) were just FANTASTIC!!

To give them a basis to go upon, all the audience filled in slips detailing the ‘title of the show you’d like to see tonight’, with one finally pulled out of a hat. Somewhat bizarrely the title that came up was: ‘White Picket Fences (Bridge of Flowers)’. What?? Who came up with that?? Ours were clever puns on Jane Austen book titles… but never mind. The theatre company still managed to deliver.

I gave the plot summary, because I’m just so impressed that they came up with it, seemingly without conferring or planning. And because that piece will never be performed again! I was genuinely watching them standing at the side of the stage for any sign of whispered consultation, but there was nothing.

The thing I did notice was the method for scene changes; an actor not in the current scene would stride out across the stage and everyone would stop and change.

But really. The plot is a little ridiculous, sure, but it played out excitingly, satisfyingly and completely hilariously the whole way through. Lots of Jane Austen language and tropes, some modern times thrown in for fun anachronism.

They must have some sort of plot structure they follow. Perhaps? I don’t know, but it was completely amazing, so worth seeing and next time in London I’m definitely going to go again!

Check out Austentatious here – I think they’re in Edinburgh next and generally tour the country.

One thought on “HOW DO THEY DO IT? Jane Austen Improv that blew my mind!”