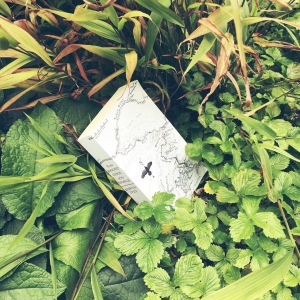 Young, quiet and curious Sophie has just married the older, serious and thoughtful Lieutenant Colonel Allen Forrester who is charged with exploring the wild, dangerous and uncharted Wolverine River in Alaska. He starts a journey through wild landscapes and peoples that blurs his perception of what is possible and what is real, leaving a pregnant Sophie alone at the military barracks, for an unexpected

This book was fantastic. I’m not sure what could have been a more appealing idea for me: Alaska, magic, adventure, letters, a great heroine and all by the author of one of my very favourites, The Snow Child.  And it was wonderful. Ivey explores a new type of storytelling to great effect, and proves her mastery of magic realism again.

The only things I felt were missing a bit from this book that were present in The Snow Child are real human warmth, and a sense of wonder. In Snow Child there are characters who I wish were real so I could be family with them, here though there are brave, noble and true characters, there isn’t anything quite like that. I think the framing narrative is perhaps meant to bring out that side of it, but though it is touching it’s not quite as good. And then, the magic here is different to Snow Child. It’s interesting, and mysterious, and a bit scary, but doesn’t provoke quite the same feeling.

But then, that was a book based on a fairytale, whereas this really wasn’t. So probably the differences are all only right. And you couldn’t impose a kind of sentimental magic onto the history of Alaskan tribes. And it was based on a true story, so my longing for more magic is probably actually completely irrelevant.

I really enjoyed Sophie’s character. At first I thought she was going to be cliched; but her introvert nature, determination, and interest in photography rendered her interesting and totally different. Allen was interesting too, though less knowable. I enjoyed getting to know them separately, but would have liked to see them together a little more, as it was bit hard to imagine them as a couple.

Altogether a fantastic book, and fans of The Snow Child will not be disappointed. Also… that title!!!! Oh my!

One thought on “A wild, weird but well-told world in Eowyn Ivey’s To the Bright Edge of the World”

Widgets
#blackouttuesday My prayer and determination is that this moment will not pass and that change will come.
Can’t believe how much happier our kids are since we drove for a walk yesterday! So we drove for a walk today too. And a gorilla.
I love the forest!! 🌲🌳🌲🌳🌲🌳🌲 a proper adventure outside has left us all feeling so much better.
❤️💚