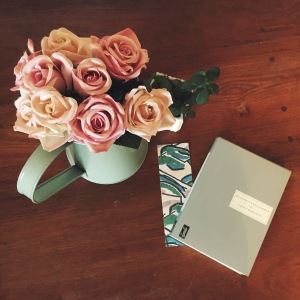 William’s controlling mother dies suddenly, and his new freedom finds him swept into the world of pre-war socialism. Finding love as well as dogmatically-parroted views in fellow campaigner Griselda, they marry and embark on a lonely, isolated honeymoon in Belgium. When they emerge three weeks later to the local village war has begun, and they encounter soldiers and the brutal reality of war in ways that shatter their previous reality.

It took me a long time to get round to reading this book. I bought it from Persephone Books, and was excited about the concept; the design, the ethos. Rescuing the forgotten, important novels of history written by women. I chose to buy this one, the first selected by Persephone, the first published and neatly labelled No.1 on the back. But something held me back from reading it until now, and my instinct was right. I’m pretty sure it if would be better if this particular book had remained buried by history.

It was pretty boring. It was slow going, slow starting, meandering. Things got violent and dramatic and heart-wrenching later on, but viewed through the eyes of our everyday characters everything seemed slow and stupid and obvious.

The idea, I think, is that William and to a lesser extent because she features less, Griselda, are meant to be an everyman and everywoman encountering war and trying to process it, telling some sort of truth about humanity. But I found Hamilton’s style so mocking and repetitively mocking of the characters; and chiefly of their fanatic socialism, that I found it very hard to engage. Though they were in terribly piteous situations, we were so alienated from them by Hamilton’s scorn that they seemed stupid and slow rather than human and sympathetic.

It is strange too, as Hamilton was herself a suffragette, that she poured such scathing attack on the socialist movements. Perhaps it is meant to be about idealism and narrow mindedness rather than the movements themselves, or perhaps she changed her views. I’m not going to look it up because I’ve already spent too much time on this book just by reading it and writing about it. The other book I read from Persephone dealt with very much the same topic, but far, far better. The review for that one is coming soon!

So, by all means go and explore Persephone Bookshop. By all means buy a book, and please let me know if you discover a great one. But as far as No.1 goes, I’d suggest you don’t bother.