The battle for libraries is on! Obviously, I think they’re magical, excellent, exciting and necessary places (see my joy when I registered to my local library) and I really hope that they don’t disappear.

Two of my very favourite authors (unsurprisingly) agree, and have written wonderful pieces in their defence in The Guardian. They’re really interesting referring to reading in general, the imagination and the writing process as well. Read them below:

END_OF_DOCUMENT_TOKEN_TO_BE_REPLACED

Persephone Press publish brilliant out of print books by female authors in history with class and style.  Their shop was a delight to explore, and I can easily see myself building a collection of these beautiful books!

END_OF_DOCUMENT_TOKEN_TO_BE_REPLACED

It’s not often that I’m really, super, extremely excited to read any book – and now I’ve got four waiting for me! I’ve just got to complete my Lord of the Rings re-read first then I can get stuck in…

Here’s why I’m quite so excited:

END_OF_DOCUMENT_TOKEN_TO_BE_REPLACED

I’ve been wanting to see Alice Underground for a very long time. Hearing people who had been rave about it made me finally bite the bullet, and get tickets for last week. They were £35, which is a lot to spend on an evening out – but they were totally worth it and more. The show is only on until the end of THE WEEK – if you’re in London and can go you MUST!

END_OF_DOCUMENT_TOKEN_TO_BE_REPLACED 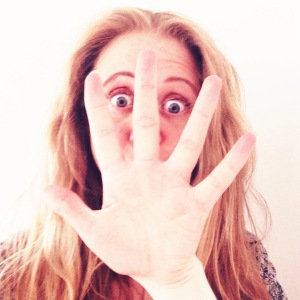 SO I just discovered that my first ever blog post was on the 12th June 2014. I had thought it was later but never mind. I have been blogging for over a year! It took me a few months of considering before I took the plunge, but I can remember starting to write and an excitement and enjoyment starting to bubble inside me. It’s been an incredible adventure and I am constantly excited about what is happening next.

Here are five of the things I love about writing this book blog:

END_OF_DOCUMENT_TOKEN_TO_BE_REPLACED

When a former West Indies planter is found dead and clad in a mask used to punish slaves out on the street, a black boy is promptly arrested. But Harriet Westerman and Mr Crowther with promptings from servant and former slave William Geddings (who has secrets of his own) think there is more to the death than meets the eye. Meanwhile Francis Glass, another freed slave and a printmaker, is shocked when the woman he loves is killed – and when he realises that there are deep secrets threatening to be revealed that powerful slave traders want to keep secret.

As you can tell from the summary, there is a lot going on in this book! Various mysteries unwind around each other, touching each other at the edges, the complex characters presented revealing secrets and connections as we follow on through. Though I was a little thrown at the start of the book to find that it is in the middle of a series, after a little perseverance I found myself engrossed.

END_OF_DOCUMENT_TOKEN_TO_BE_REPLACED

Hidden City Treasure hunts text you clues, sending you racing around both well known and well hidden mysteries of London, solving cryptic clues and racing other teams past and present to be the quickest to the final destination.

I have done three of these treasure hunts now, and they are JUST BRILLIANT. From the moment the first clue comes you feel like you’re in a Dan Brown novel, following mysterious clues against the clock!

END_OF_DOCUMENT_TOKEN_TO_BE_REPLACED

We went to the Globe! This is one of my very, very favourite things to do in London. You can get tickets to stand in the Yard for just £5, which puts you right in the middle of the action. From the enthusiastic staff to the exquisite theatre and watching the sky darken above you as the play unfolds, in all it makes a totally magical experience.

We saw The Merchant of Venice, which I’d never seen live before. It was a fantastic production with great performances and imagination, impressive staging and great moments. This play shows Shakespeare’s incredible ability to combine what is a terribly serious and sad topic – Shylock’s story – with silly and fun love stories, and not really to any story’s detriment.

END_OF_DOCUMENT_TOKEN_TO_BE_REPLACED

It has long been a dream of mine to be a part of a book club… and after a couple of failed attempts, now I am. One of my cousin’s friends posted on Facebook talking about her London book club, I asked to join, and I did. And it’s great!

If you’re not already a part of one, here are five quick reasons to find and join a book club:

END_OF_DOCUMENT_TOKEN_TO_BE_REPLACED

How did you arrive in London? This question haunts Simon as he remembers snippets, through catches of songs and the old Burberry coat he got from somewhere. As he befriends Lucien, he gradually starts to grasp onto his history in this world where music is meaning, text or meaning is blasphony and what they discover changes everything. He and Lucien must seek to understand the system that traps people in their present moment.

Oh my! I loved this book. I really loved it. From it’s arrival as a beautiful hardback with a stunning cover to finishing the last page and wishing I could go on reading it was a complete pleasure. Original ideas, lovely prose and a wonderful flow to the story that actually felt like music.