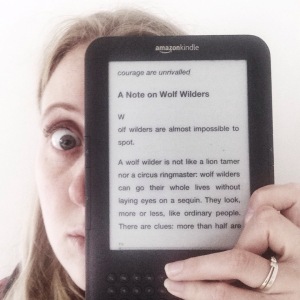 Feodora is training under her mother to be a Wolf Wilder, teaching ex-pet wolves who have been spoiled and discarded from the houses of the rich to howl, hunt and hate humans. But a power-mad General in the army doesn’t like it. He captures Feodora’s mother, and Feodora is left determined to release her mother from St Petersburg – along with three wolves, a deserting teenage soldier and a host of other colourful characters.

This book was just wonderful. Reminiscent of Joan Aiken’s kids adventure books (not just because of the wolves), packed with snow and wolves and heroism and fear and baddies, secrets and schemes as well as loveable main characters. I thoroughly enjoyed my foray into this world!