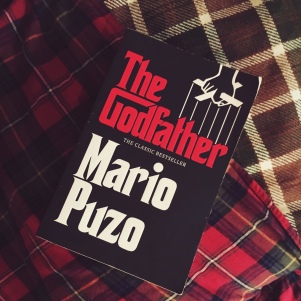 You know, don’t you? Like the film? No? Alright then. The Don presides over a vast array of networks and family, and through the book navigates the balances of power, warfare and affection that moves around him. Rival gangs fight. People ask for favours. Protection is given. But The Don is old, and his eldest son is only interested in women, the middle isn’t up the the job, and the youngest spurned the Mafia life long ago. With enemies closing in and the centre of power seeming to fail, what will happen to the family business?

I never ever thought I’d read this. I haven’t even seen the film. But when a friend with almost flawless taste recommended it, I had to give it a go. And to my shock, and despite a whole load of things that usually put me off, I really enjoyed this book. It draws you in so cleverly to the world of the Mafia; to their alternate morals and loyalties, to their feuds and family.