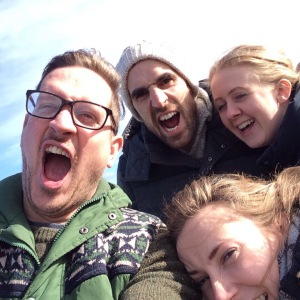 Clariel has been forced to move from the forest she loves to the city, where her parents have plans for her life that she is not happy with. But there is trouble in Belisaire – a King who does nothing, a man trying to take over, and a free magic beast who is trying something. Clariel finds herself drawn into feuds and battles she would never have chosen, and gradually secrets about herself and her powers are revealed.

My friend Ian reviewed this book for me a few weeks ago, and just thinking and reading about it made me want to read it! And perhaps because my expectations weren’t so high, I liked it a lot more than he did. It’s a prequel to the Abhorsen series – and I very much enjoyed entering into the world Nix has created again and seeing it from a different perspective. The thing that ruined it for me was the fact that pretty much the whole way through I could tell who the main character was going to be in the later series – and it just didn’t feel right.